She saw something special in me. I knew it because of the way she looked into my eyes. I had never seen her in my life, at least never noticed her before. Tall, long gold waves of hair and a set of blue (maybe green) eyes that gave her an eastern European kind of exoticness. Maybe it was the clothes she wore, making her look almost like an odalisque.

I guess her looks aren’t important in this particular story, the story of what she did to me. Looking back now, it must’ve been a way to attract her prey, to indulge me, to get me under her spell. And it worked. How could it not? A beautiful creature staring right through your soul like you’re the only person in the world… if I had a better self-esteem it might’ve never happened, but, the way she contemplated my being, still makes me think it had to be me.

She chased me, in my mind. The nightmares, asleep and awake. The mysterious phone calls from a number that seemed made up, maybe just from too far away for me to recognize, but every time I saw it displayed on my phone, calling once again, it was like going back to the start of everything. I didn’t know what she wanted; she spoke in this strange language, so strange it seemed ancient. I remember her attempting to communicate in an idiom I could comprehend, but her thick accent and poor knowledge of it made it just too confusing for me to understand, and filled her with more of that calm wrath.

But now she was truer to her anger, she screamed into my brain and screeched in frustration. She was getting to me, to my mind more and more often, even when I was with other people, with my family and friends. The ones I think she threatened with that endless, incomprehensible, mad whisper, like a gust of wind creeping into my soul. I couldn’t live my life anymore. I was being guided by her, by that. But trying to stop her didn’t work, she got madder and angrier and how could I persuade someone with words they had never learned? So I went, I entered the dark rooms, I defused the bombs, I fought for my life, which wasn’t worthy of that name anymore, so I think, in the end, I was merely and solely fighting for everyone else around what was left of me.

All the horrible things she put me through were for her, maybe to keep someone by her side. The lonely monster that saw something no one could ever understand. I keep thinking that I should be flattered, humbled by its pick. But in all the horror, the casualties always speak louder; the smallest shred of innocence is lost and, these things, you can never get back.

I only wish that, for a while you felt you weren’t alone. I hope you had fun. 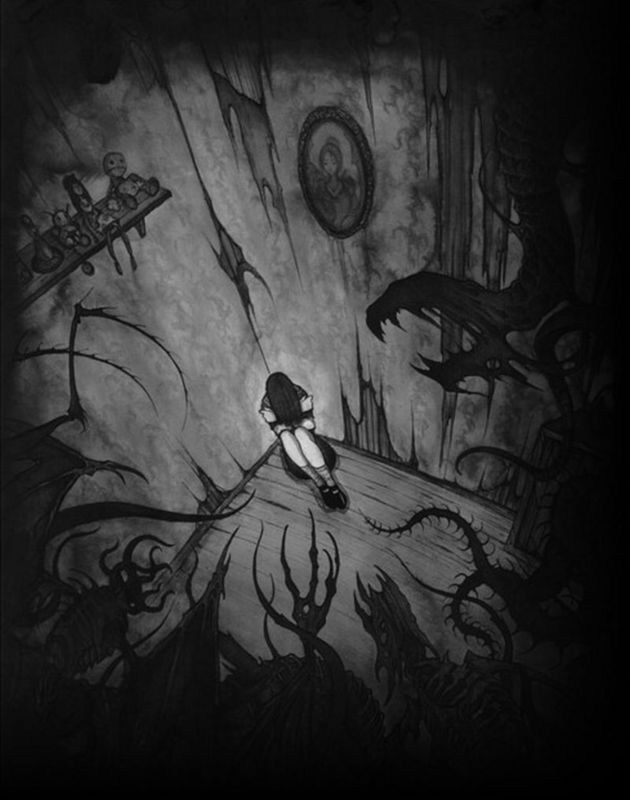